Yesterday Senate Majority Leader Harry Reid's decision to bring a health bill to the Senate that includes a government insurance plan was met with skepticism yesterday from party moderates and hostility from Republicans. 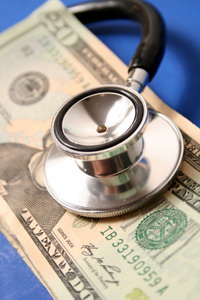 Sen. Joseph I. Lieberman (I., Conn.), who caucuses with the majority Democrats, said he was "inclined to support" a procedural motion to bring the bill to the Senate floor but remained opposed to a federal-government plan in any form - even with the "opt out" provision for states that Reid (D., Nev.) said Monday he would include in the bill.

"I really want to get to yes," Lieberman said. But unless the public-option language is dropped, he said he would likely align with Republicans to block final passage.

Other party moderates said they remained undecided on the opt-out public plan.

"I'm skeptical about what Sen. Reid has proposed," said Sen. Mary Landrieu (D., La.). Like Lieberman, she opposes a national, government-run insurance plan that would compete with the private sector. But Landrieu gave Reid slightly more leeway, noting that she would "stay open to a principled compromise," Philadelphia Inquirer reports.

The Associated Press quoted Budget Committee Chairman Kent Conrad, D-N.D as saying, "We are a long way from reaching conclusion."

Speaker Nancy Pelosi is in a similar position in the House. Efforts to draft a consensus health care bill for a vote have been stalled for more than two weeks because of disagreements among Democrats.

There are nine weeks left in the year to deliver a bill to Obama's desk.

Intense days and nights lie ahead, said Sen. Bill Nelson, D-Fla. Senators who don't like the bill will find themselves the focus of a "prayer session," said Nelson. "They will pray that the retribution of God doesn't come down on them," he joked.

Nonetheless, moderate Democratic senators who control the balance of power on health care were holding their ground. Republican opposition stiffened, and party leaders announced they would attempt to strangle the bill before formal debate begins, The Associated Press reports.

Pollitico quoted Darrell M. West, vice president and director of governance studies at the Brookings Institution, as saying, "From a governance standpoint, the public option creates a worrisome precedent for other policy areas. If states don’t like congressional decisions on gun control, climate change or immigration, will state legislators demand an opt-out? If this were 1965 and there were a Medicare opt-out, it is conceivable we would have ended up with two-thirds of the country having Medicare, while one-third did not.

With any comprehensive reform, there always are unanticipated consequences. By using a pragmatic mechanism to solve the political problem of overcoming a Senate filibuster, opt-out proponents have created a precedent they later will regret. Opponents most likely will employ that idea in other policy areas when people are unhappy with legislative decisions. The marble cake will expand in scope throughout American federalism," Pollitico reports.