Iran will seek "important changes" in a U.N.-drafted plan to ship enriched uranium out of the country for processing, state TV reported on Tuesday, raising alarm bells among Western leaders who are pushing the deal in hopes of easing concerns over Iran's nuclear program. 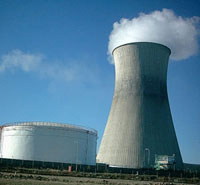 The TV report said Iran would agree to the "general framework" of the plan but also request unspecified changes. That suggests Tehran will accept the idea of sending the uranium abroad — something it had previously appeared reluctant to do — but that there could be a tussle with the U.S. and Europe over how it will be sent and how much.

France's foreign minister expressed exasperation with Tehran, saying it is trying to have the proposal "thoroughly reworked." Bernard Kouchner said he doesn't think the plan needs dramatic changes and warned Iran, "It cannot take forever. We wait for answers," The Associated Press reports.

The U.S., Russia, France and the atomic energy agency signed off on a plan to transport the bulk of Iran's enriched uranium from Iran to Russia and France to be further refined and turned into fuel plates for a Tehran medical reactor that produces isotopes for cancer diagnoses and treatment.

While the deal would not fully allay international concerns about Iran's nuclear ambitions, it would temporarily reduce the country's stockpile and dampen fears that Iran could suddenly break out of treaty obligations and make a quick sprint toward developing a nuclear weapon.

Diplomats said the deal could also lay the groundwork for broader negotiations. But some have grown impatient with Iran, Los Angeles Times informs.

Any changes by Iran to proposals for the processing of its nuclear fuel wouldn’t send a "very encouraging sign," French Foreign Minister Bernard Kouchner said.

"Don’t think the Iranians are gaining time," Kouchner told reporters after a meeting of European Union foreign ministers in Luxembourg today. "Time is working against the Iranians."

Iranian officials have said they would continue to enrich uranium as part of a peaceful nuclear program, even if some of its supply is sent to Russia for further enrichment.

Acceptance of the Tehran reactor deal by Iran would improve prospects for further talks over its atomic program, which the U.S. and its allies say is a cover for weapons development. Iran rejects the accusations, saying its program is solely for civilian purposes, reports Bloomberg.