There Is Not Enough H1N1 Vaccine for All

Early next week the long-awaited first vaccinations against swine flu begin in parts of the country. Meanwhile, states are urging people to wait until more vaccine arrives. 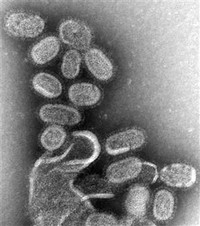 There Is Not Enough H1N1 Vaccine for All

Just a trickle of vaccine, 600,000 doses of the nasal spray FluMist, will be divided among 21 states and four large cities by Tuesday, with more small shipments to more states later in the week.

"We're moving this out as quickly as we can," said Oregon's public health director, Dr. Mel Kohn, who hopes shipments arrive in time to begin some vaccinations on Monday. "This doesn't do any good sitting in a warehouse."

Most states are aiming their first small batches at health care workers, hoping to keep them well enough to be on the job as cases of swine flu — what doctors prefer to call the 2009 H1N1 strain — are rapidly increasing nationwide, The Associated Press reports.

Meanwhile, swine flu is now widespread across the entire country, the Centres for Disease Control and Prevention announced Thursday as federal health officials released Tamiflu for children from the national stockpile and began taking orders from the states for the new swine flu vaccine.

Also, as anecdotal reports and at least one poll showed that many Americans are nervous about the vaccine, officials emphasized that the new shots were nearly identical to seasonal ones, and said they were doing what they could to debunk myths about the vaccine.

Dr. Anne Schuchat, the disease control center’s director of immunisation and respiratory disease, said there was “significant flu activity in virtually all states,” which, she added, was “quite unusual for this time of year,” The New York Times reports.

It was also reported, students at some D.C. public schools will be able to get vaccinated against swine flu this month, and immunizations for students are expected to be available citywide in November, according to a plan health officials made public this week.

Peter Branch, the head of Georgetown Day School, said he was frustrated that private schools would not have access to the vaccine until after many other schools had received it.

"It is distressing to see that we would not be eligible to receive the vaccine until, really, week five of the rollout," Branch said, noting that his 1,060-student school has health workers who could administer the vaccinations if they were given supplies.

In Alexandria, Lisa Kaplowitz, director of the Health Department, said vaccine distribution would vary among schools, with some private ones making their own arrangements.

"I think each private school is going to be different in terms of their needs, so we are going to work with them individually," she said. "Our goal is to get the vaccine as rapidly as possible to the school-age children. . . . We've tried to be very sensitive to the schools, because quite frankly there would be concerns if we focused on schools in one part of the city versus another part of the city," The Washington Post reports.