Wednesday Israel's foreign minister said that Benjamin Netanyahu's summit with the Palestinian and American leaders was a victory itself. The summit took place even though Israel rebuffed demands to freeze settlement in the West Bank. 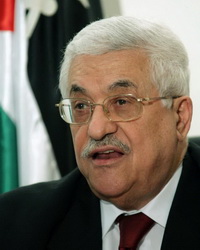 Netanyahu met in New York on Tuesday with President Barack Obama and Palestinian President Mahmoud Abbas. It was Netanyahu's first meeting with Abbas since the prime minister came to power in March, but peace negotiations have not officially resumed and there was no obvious progress.

"This government has shown that you don't always need to get flustered, to surrender and give in," Lieberman told Israel Radio. "What's important for me is that this government kept its promises to the voter ... and the fact is that this meeting happened," The Associated Press reports.

It was also reported, while Prime Minister Binyamin Netanyahu emerged from his meeting with US President Barack Obama and Palestinian Authority President Mahmoud Abbas Tuesday saying that the Palestinians had dropped their preconditions for negotiations, and that the discussion now centered on the framework of the talks, Abbas himself announced that nothing less than an Israeli withdraw to the 1967 borders would enable resuming peace talks.

The questions being dealt with now, Netanyahu said at a press briefing with Israeli reporters, were "how the discussions will be held, within what framework and how they will be characterized."

Meanwhile, Israeli cabinet ministers directed their criticism at the Palestinians.

Abbas proved he is "not interested in peace," Minister-without-Portfolio Bennie Begin said at a meeting of the Council For Peace and Security.

Israel 's Vice Premier Silvan Shalom said on a visit to the settlers' protest tent near the Knesset that "The Palestinians must make a strategic decision to reach peace with Israel and not instead of Israel."

MK Danny Danon, who is currently in New York to lobby against freezing settlement construction, said that Obama failed to obtain any concessions from Arab countries, so Netanyahu must restart unlimited building in the West Bank.

"The summit proved that the peace process is not a Hollywood movie," Danon said, "Obama must understand that charisma is not enough to bring peace in the Middle East," Xinhua reports.