Who Will House Migrants From "Jungle"?

French police have begun an operation to clear out a makeshift camp set up by migrants near the port of Calais. 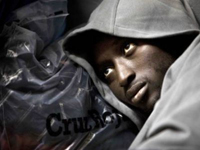 Who Will House Migrants From "Jungle"?

About a dozen vans carrying riot police arrived at the site in Calais early Tuesday and officers began moving in on the camp, known as the "jungle". Most of the migrants have traveled from Afghanistan in costly and dangerous clandestine journeys. The illegal immigrants tried to reach Britain.

Refugee groups have urged Britain to take some of the asylum seekers but the UK says that reports it could be forced to take migrants were wrong.

On their last night in the camp, some of those who remained said they feared for the future.

UK Home Secretary Alan Johnson, speaking after talks in Brussels with his French counterpart Eric Besson on Monday, said he was "delighted" about the closure of the camp.

He said genuine refugees should apply for asylum in the country where they entered the EU.

Mr Johnson said: "Both countries are committed to helping individuals who are genuine refugees, who should apply for protection in the first safe country that they reach".

At the same time french officials  worry that the jungle had become a haven for people-smuggling gangs and a no-go zone for local residents.

Makeshift insanitary camps sprang up after officials closed the Red Cross centre at Sangatte in November 2002, according to BBC News' report.