President Obama to Give Medal of Honor to Jared Monti

Today President Obama will award his first Medal of Honor. 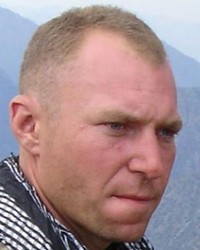 President Obama to Give Medal of Honor to Jared Monti

The president will give this U.S. highest military honor posthumously to Army Sgt. First Class Jared Monti, who was shot to death in the Afghan mountains in 2006 while trying for the third time to save a wounded comrade.

The White House says Monti went above and beyond the call of duty in sacrificing his own life to save another during combat.

His father, Paul Monti, told the Boston Herald that he never liked medals because he would not want to show off about the good things he did in life.

"He spent most of his life doing things for other people, even when young," Monti was quoted as saying. msnbc.com reports.

News agencies also report, during a Taliban attack, Sgt. First Class Monti twice ran into the open to try to retrieve the wounded man, only to be forced back by rocket-propelled-grenade and machine-gun fire. Sgt. Monti, 30 years old, of Raynham, Mass., was cut down on his third try and died at the scene.

"It was pure courage and love for his soldier," said Sgt. 1st Class Christopher Cunningham, 29, of Whitingham, Vt., a sniper who was in the firefight.

The president is scheduled to present the award to Sgt. Monti's parents, Paul and Janet Monti, in the East Room of the White House.

The Medal of Honor is the nation's highest award for military valor, reserved for those who risk their lives with gallantry beyond what duty requires. Sgt. Monti will be the 3,448th recipient since Congress established the medal during the Civil War. President George W. Bush awarded five such medals for the wars in Iraq and Afghanistan, all posthumously. He awarded others for prior conflicts.

Mr. Obama is deepening U.S. involvement in Afghanistan while winding it down in Iraq. He will soon face the decision of whether to deploy more troops to Afghanistan on top of 21,000 he has already approved. Public opinion toward the war, meanwhile, is souring.

Sgt. Monti enlisted in the Army at 17. Over the years, he accumulated a chestful of medals, but he rarely spoke of them. His father didn't know his son had received a bronze star until he found it in his son's drawer, The Wall Street Journal reports.

In the meantime, when Jared Monti was just a young boy, the family traveled to Washington and stood outside the White House gates to pose for a photo. As they return Thursday to honor their fallen son, Paul Monti is going through a mix of emotions.

"It's wonderful meeting the president and it's wonderful having my son receiving the Medal of Honor, but I would give all of it up to have my son back -- everything," he says, next to a shrine in the living room with some of his son's personal effects, including his uniform. "There's nothing I wouldn't give. Even my own life to get my son back," CNN International reports.