The case of triple murder-suicide involving Chris Benoit has finally come to an end. A Canadian professional wrestler was found guilty of killing his wife and son. No traces of third party were found. 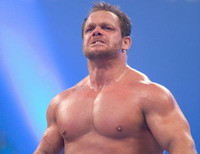 The authorities examined carefully all the evidence found in Benoit house, and confirmed their suspicion that undoubtedly the wrestler himself conducted this crime before suicide.

On June 25, 2007, Benoit, his wife Nancy, and their 7-year-old son Daniel were found dead in their Fayetteville, Georgia, home at around 2:30 p.m. Lieutenant Tommy Pope of the Fayette County, Georgia Sheriff's Department reported to ABC News that police entered Benoit's home on a "welfare check" after several missed appointments, leading to concerns. Pope also stated the police were not searching for any suspects outside of the house, as the instruments of death were located at the scene of the crime. Detective Bo Turner of the Fayette County Sheriff's Department told television station WAGA-TV that the case was being treated as a murder-suicide. The station reported that investigators had discovered that Benoit murdered his wife and son over the weekend and hanged himself sometime on Monday.

Chris Benoit was found to have Xanax, hydrocodone drugs, and an elevated level of testosterone in his system. The chief medical examiner attributed the testosterone level to Benoit possibly being treated for a deficiency caused by previous steroid abuse. There was no indication that anything in Chris' body contributed to his violent behavior that led to the murder-suicide, concluding that there was no "roid-rage" involved.

On August 30, 2007, Benoit was discovered to have been given illegal steroids not in compliance with WWE's Talent Wellness Program in February 2006. Benoit received nandrolone and anastrozole. Eddie Guerrero and Brian Adams, were discovered to have been given steroids prior to their deaths during this investigation, as well as former WWE superstar Sylvain Grenier‎ and eleven other WWE superstars, who were suspended in accordance with the WWE Talent Wellness program.

After the double-murder suicide, former wrestler Chris Nowinski contacted Michael Benoit, father of Chris Benoit, suggesting that years of trauma to his son's brain may have led to his actions. Tests were conducted on Benoit's brain by Julian Bailes, the head of neurosurgery at West Virginia University , and results showed that "Benoit's brain was so severely damaged it resembled the brain of an 85-year-old Alzheimer's patient." It was also shown to have an advanced form of dementia and was similar to the brains of four retired NFL players who have suffered multiple concussions, sank into depression and harmed themselves or others. Bailes and his colleagues concluded that repeated concussions can lead to dementia, which can contribute to severe behavioral problems. Benoit's father suggests that brain damage may have been the leading cause of his crime.