By Margarita Snegireva. Health authorities denounced 2009 federal budget request, calling President George W. Bush’s project a disaster for the health of Americans and saying they would look to Congress to change it. 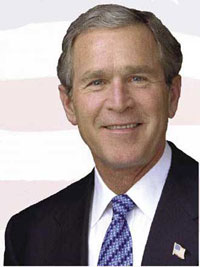 Bush's $3.1 trillion spending plan proposes a 7 percent cut in funds for the Centers for Disease Control and Prevention as well as less money for Medicare and Medicaid - the joint federal-state health insurance programs for the poor and elderly.

The budget for the fiscal year starting October 1, 2009 would reduce spending on Medicare by $12.8 billion and lower federal funds for Medicaid by $18.2 billion over five years.

Bush's proposed $59.2 billion is virtually identical to what he requested for 2008. While Congress will likely support the higher funding for Reading First, the outlook for Bush's "Pell Grants for Kids" is less rosy. Bush has pushed a federal voucher plan every year since 2001, but congressional Democrats oppose it. The plan hurts education for all students, says Rep. George Miller, D-Calif., chairman of the House Education and Labor Committee.