By Anastasia Tomazhenkova: A U.N. committee on women's rights claimed that polygamy in Saudi Arabia ran counter to the principle of equality between the sexes. The committee asked Saudi Arabia to end this practice. 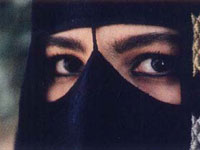 U.N. Committee made a nine-page report on the Elimination of Discrimination against Women with nonbinding recommendation, which last month invited Saudi officials to discuss the kingdom's compliance with a U.N. charter on women's rights that the country ratified in 2000.

The committee claimed the kingdom should introduce a minimum age of marriage, end the custom of male guardianship for women and take steps to eliminate violence against females.

The situation of women in Saudi Arabia came under renewed international scrutiny last year when a rape victim was sentenced to lashes and jail time for being in a car with a man who was not her relative. The woman was later pardoned by Saudi's King Abdullah.

Not all of the restrictions are based on formal laws, but customs such as the prohibition on women driving are nevertheless widespread for cultural reasons.

Saudi officials told the committee last month that the kingdom was taking measures to address numerous issues, from domestic violence to promoting education and job opportunities for women.

But the officials said the country would not be able to adhere to a number of aspects of the U.N. charter because they run contrary to Islamic Sharia law, which is the basis of all legislation in the country.

Under Sharia law, men are permitted to have up to four wives, and gay relationships are forbidden.

The U.N. panel said Saudi Arabia should clarify whether it accepts that international law takes precedence over domestic legislation, and ensure that the protection of women is firmly enshrined in the country's constitution and everyday court decisions.