By Margarita Snegireva. The California Supreme Court stated that from now on an employer may fire employees who use medical marijuana outside of work, upholding two lower court decisions. 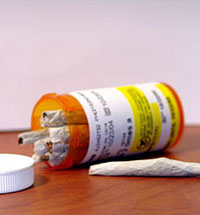 "We're disappointed that the court's decision allows an employer to intrude into a doctor-patient relationship," said Daniel Abrahamson of the Drug Policy Alliance, which filed a friend-of-the-court brief in the case . "It puts many patients in the difficult position of having to choose between their jobs and their doctor-recommended medical treatment."

A synthetic form of one chemical in marijuana, Delta-9 Tetrahydrocannabinol (THC), is a controversial treatment for medical use. The American Marijuana Policy Project, a pro-cannabis organization, claims that cannabis is an ideal therapeutic drug for cancer and AIDS patients, who often suffer from clinical depression, and from nausea and resulting weight loss due to chemotherapy and other aggressive treatments.

A recent study by scientists in Italy has also shown that cannabidiol (CBD), a chemical found in marijuana, inhibits growth of cancer cells in animals.

FDA and comparable authorities in Western Europe, including the Netherlands, have not approved smoked marijuana for any condition or disease. The current view of the United States Food and Drug Administration is that if there is any future of marijuana as a medicine, it lies in its isolated components, the cannabinoids and their synthetic derivatives.

A synthetic extract of cannabis has been shown to relieve symptoms of anorexia in elderly Alzheimer's patients.

Glaucoma, a condition of increased pressure within the eyeball causing gradual loss of sight, can be treated with medical marijuana to decrease this intraocular pressure. There has been debate for 25 years on the subject. Some data exist, showing a reduction of IOP in glaucoma patients who smoke marijuana, but the effects are short-lived, and the frequency of doses needed to sustain a decreased IOP can cause systemic toxicity. There is also some concern over its use since it can also decrease blood flow to the optic nerve. Marijuana lowers IOP by acting on a cannabinoid receptor on the ciliary body called the CB receptor. Although marijuana is not a good therapeutic choice for glaucoma patients, it may lead researchers to more effective, safer treatments. A promising study shows that agents targeted to ocular CB receptors can reduce IOP in glaucoma patients who have failed other therapies.

Medical marijuana is used for analgesia, or pain relief.