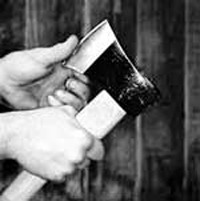 The police went on searching the area of Interstate 380 in the Poconos, after it had found a woman's body cut into pieces and dumped along two busy highways in eastern Pennsylvania.

A severed head and six more bags of body parts were discovered, but some parts are still missing.

The coming autopsy results may help the police determine the cause of death and start an investigation.

This state of things has come to be regular lately. In December a man found garbage bags filled with human remains along a Florida beach.