By Anastasia Tomazhenkova: At least seven teenagers in Wales, have apparently committed suicide in the past year in suspected copycat acts. Reporters have focussed on the possibility the teens may have used the Internet to research and discuss suicide. 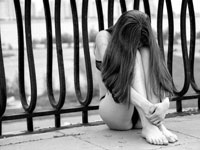 Police had yet to find any evidence of a a suicide pact in the deaths of the young people in a small Welsh town Bridgend, but confirmed they were looking for connections.

The British government claimed an official review of child safety on the Internet will look at the dangers of Web sites that encourage suicide.

South Wales Police reported they were reviewing the circumstances surrounding a number of sudden deaths, but declined to say how many.

"We are not reinvestigating the deaths but we are looking at any possible links between them," police said in a statement.

"To date there is no evidence of a suicide pact and that theory did not come from the police," the statement said. "At this stage we have not established any link that is common to all."

Police officers are examining the computer of a 17-year-old girl found hanged in her bedroom last week. The death of Natasha Randall brought to seven the number of apparent suicides within a 10-mile (16-kilometer) radius of Bridgend, a town of 40,000, in the past year.

In the past year, six men between the ages of 17 and 27 have been found dead in apparent suicides.

The Department for Children, Schools and Families said a review on child safety on the Internet by psychologist Tanya Byron, which is due to be published in March, would address the issue.

Britain's suicide rate has been declining since the late 1990s, according to government statistics, but it varies widely across the country.

The suicide rate in south Wales has been increasing over the past three years, Bridgend coroner Philip Walters said. The region is home to several economically deprived former coal mining towns, including some in the Bridgend area.

The first known Internet-related suicide pact occurred in Japan in October 2000, it was a later February 2003 incident, involving a young man and two young women, that "became a landmark incident of Internet suicide pacts in Japan due to heavy media coverage".