By Anastasia Tomazhenkova: A couple from Pennsylvania had a night of "bizarre sex". The spouse used an electrical cord to stimulate his wife. The woman died as her beloved gave her a fatal shock, police said. 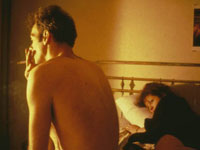 The victim of "bizarre sex", Kirsten Taylor, 29, was found unconscious Wednesday night at the couple's Pennsylvania home. She was taken to York Hospital, where she was pronounced dead.

Toby Taylor first said his wife was shocked by a hair dryer, according to a police affidavit. But when burns were found on her body, Taylor told police that he had clipped an electrical cord to his wife and plugged it into a power strip, which he then turned on and off.

He told authorities the couple had used the technique before.

Taylor, 37, was jailed Thursday in lieu of $100,000 (Ђ68,000) bail on involuntary manslaughter and reckless endangerment charges. He did not have a lawyer at his arraignment and no lawyer had been entered in his court file as of Friday.

"I have never seen anything like this," Bloss said. "Even if you did it before, you have to know you could kill someone."

The township police chief, David Sterner, said the jolt of electricity is believed to have triggered a heart attack in the woman.

An initial autopsy did not determine the cause of death, Bloss said. A final determination awaits further testing of the electrical equipment and a toxicology test, he said.