By Margarita Snegireva. The Senate will reauthorize federal health-care programs for Native Americans before taking up a bill overhaul the 1978 Foreign Intelligence Surveillance Act, which expires Feb. 1. 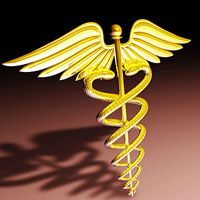 The Senate is also expected to pass a revised 2008 defense authorization bill after the president wouldn't sign it in December. A short week in the House will see another showdown over the State Children's Health Insurance Program in which House Democrats will try to override the president's veto for a second time.

The United States healthcare system far outspends any other nation's, measured in both per capita spending and percentage of GDP. Unlike most developed countries, the U.S. healthcare system is not fully socialized, instead relying on a mix of public and private funding. In 2004, private insurance paid for 36% of personal health expenditure, private out-of-pocket payments covered 15%, and federal, state, and local governments paid for 44%. Medical bills are the most common reason for personal bankruptcy in the United States. In 2005, 46.6 million Americans, or 15.9% of the population, were uninsured, 5.4 million more than in 2001. The primary cause of the decline in coverage is the drop in the number of Americans with employer-sponsored health insurance, which fell from 62.6% in 2001 to 59.5% in 2005. Approximately one third of the uninsured lived in households with annual incomes greater than $50,000, with half of those having an income over $75,000. Another third were eligible but not registered for public health insurance. In 2006, Massachusetts became the first state to mandate health insurance;California is considering similar legislation