US hackers rule over cities' water, power and transportation systems 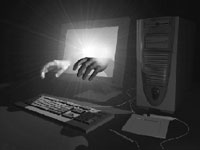 US hackers rule over cities' water, power and transportation systems

Friday, those warnings quietly became a reality: Tom Donahue, a CIA official, revealed at the SANS security trade conference in New Orleans that hackers have penetrated power systems in several regions outside the U.S., and "in at least one case, caused a power outage affecting multiple cities."

Cyber extortion is a growing threat in the United States, and attackers have radically increased their take from online gambling sites, e-commerce sites and banks, which pay the money to prevent sites from being shut down and to keep the public from knowing their sites have been penetrated, said Alan Paller, research director at the SANS Institute, the cybersecurity education group that sponsored the meeting.