Interstate 495 was the last place they saw, the oncoming cars – the last thing they heard. On Jan. 11 Marcelle Thibault of Bellingham took her twin sister's children, Kaleigh Lambert and Shane Lambert, to that ill-fated Interstate highway where they were struck and killed by two cars. 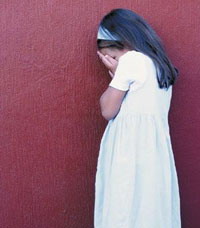 According to witnesses, the woman was driving southbound on I-495 when she turned sharply and began driving against traffic in the breakdown lane of the highway. Then she stopped the car, took the children in her arms and walked into the roadway where they were eventually struck and killed.

Homicide/suicide by blunt force trauma resulting from being hit by two cars was named the cause of death.

It was also found out that Marcelle Thibault had a brief history of mental illness that might have explained her behavior.