Congress requests Merck and Schering to hand over Vytorin data 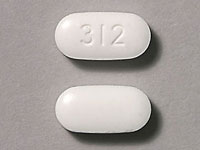 Congress requests Merck and Schering to hand over Vytorin data

The results of a clinical trial released Monday found that Vytorin did not reduce the buildup of harmful plaque in arteries any better than a much cheaper generic drug.

Ezetimibe/simvastatin is a drug combination used for the treatment of dyslipidemia. It is a combination of ezetimibe (best known as Zetia in the United States) and the statin drug simvastatin (best known as Zocor in the U.S.). The combination preparation is marketed by Merck & Co./Schering-Plough Pharmaceuticals (joint venture) under the trade names Vytorin and Inegy.

Ezetimibe is prescribed to reduce the amount of cholesterol that the body absorbs from the food ingested. But a recent study by the drug's manufacturers revealed that it did not reduce the buildup of plaque in the coronary arteries -- a key indicator of progression toward heart disease.

Simvastatin is an HMG-CoA reductase inhibitor or statin. It works by blocking an enzyme that is necessary for the body to make cholesterol.