Parents of beaten to death toddler not to prosecute killer

By Anastasia Tomazhenkova: A 12-year-old boy was baby-sitting his 17-month-old cousin Shaloh Joseph on Jan. 4. She was too noisy and disturbed the boy while he was watching cartoons. He beat the toddler to death with a baseball bat. 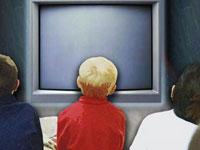 Parents of beaten to death toddler not to prosecute killer

The girl's parents do not want authorities to prosecute the boy suspected of fatally beating their daughter. Authorities do not identify the boy because of his age.

If officials do decide to prosecute, the toddler's parents, Ocnel Joseph and Merlande Alexis, want the boy to be tried in the juvenile system, not the adult system, said their attorney, Jahra McLawrence.

The toddler's parents have filed an affidavit with prosecutors seeking leniency for the boy.

"I think they felt overwhelmed. First of all, they have this grief and feelings of loss, that void, that absence," McLawrence said. "This has completely crushed them."

He could be charged with first-degree murder, and prosecutors are still considering whether to try him in adult court. If convicted as an adult, he faces a mandatory sentence of life in prison.

"We always consider how a victim's family feels and how they would prefer us to handle a case," said Maria Schneider, chief prosecutor in the juvenile crimes division.