China promises, food for Beijing Olympics will be highly scrutinized

By Anastasia Tomazhenkova: International criticism of Chinese standards yielded results. China claimed that food for the Beijing Olympics would be highly scrutinized and supplied only by approved companies. 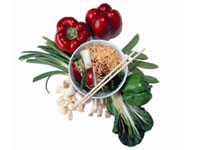 China promises, food for Beijing Olympics will be highly scrutinized

Vice minister of the General Administration for Quality Supervision, Inspection and Quarantine added that all the food supplied during the Olympic Games must be produced by accredited companies who have qualified for market access. He did not elaborate on the requirements, but said it was the normal accreditation procedure for any Chinese food producer.

The food will be distributed from specially designated centers, and will undergo repeated inspections from production to consumption, he said.

Pu defended the safety record of Chinese toys, saying many failed safety standards due to design flaws or the changing regulations of importing countries. But after surveying 3,000 toy producers, quality officials pulled the export licenses of 600 workshops due to lax quality supervision.

"Even though the products they produce are based on the standards provided by relevant importers in other parts of the world, they need to take a second look at the safety standards to see whether the products are safe enough for consumers," Pu said.

During the recently concluded nationwide campaign, officials successfully curbed the use of nonfood materials or recycled food, and clamped down on the use of harmful preservatives and colorings, Pu said. Other progress included registering 98,000 food producers and stepping up efforts to create a mechanism to track food products.

But he said the country's many small food workshops remained difficult to regulate and often produced substandard food.

"This year, while we will continue to improve the overall oversight of food safety, we will take the overhauling of small food producers as a priority area and we will concentrate our effort to bringing order in this market," Pu said. "We will make sure that we can root out unlicensed small food workshops."

The 2008 Summer Olympics will be celebrated from August 8, 2008 to August 24, 2008, in Beijing, People's Republic of China. Some events, including soccer, sailing, and new 10 km marathon swimming events will be held in other cities of China. With the equestrian events being held in Hong Kong, this marks the second time the same edition of the Olympic Games has been hosted by two National Olympic Committees.