Father confesses he threw his 4 children off bridge

By Anastasia Tomazhenkova: Lam Luong, 37, came to the police station and confessed Tuesday night to driving to the Dauphin Island bridge in Alabama, stopping and tossing his four children off the span, which is as high as 80 feet (24.38 meters) in places. 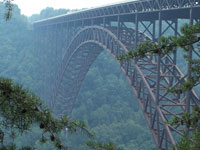 Father confesses he threw his 4 children off bridge

Authorities searched Wednesday for the bodies of the children. At least three boats were being used in the search, and the Coast Guard was sending another boat and a helicopter.

"It's been a nightmare," said Detective Scott Riva.

Police Chief John Joyner said the act appeared to be an act of revenge aimed at Luoung's wife. Police said Luong reported the children missing Monday. He reportedly told authorities that a woman who had the children failed to return them to him.

Luong is jailed in Mobile, and Riva said he did not know whether he had a lawyer. Luong faced charges of four counts of capital murder and was due in court Wednesday.

The Dauphin Island bridge connects coastal Alabama to a barrier island located about 5 kilometers south of Mobile Bay in the Gulf of Mexico.