US Medicare expenditures rise briskly in 2006 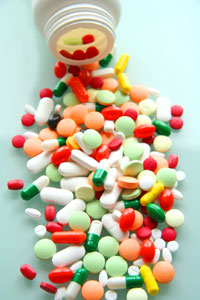 US Medicare expenditures rise briskly in 2006

By Margarita Snegireva. As the Medicare drug benefit kicked in and the government's share of expenditures for medicines surged, spending on prescription drugs rose briskly in 2006, as the federal report says.

Health-care spending accounted for 16 percent of the gross domestic product in 2006.

Prescription drug purchases in the United States rose to $216.7 billion, up 8.5 percent from 2005, federal economists from the Centers for Medicare and Medicaid Services calculated in an annual report published in the journal Health Affairs.