By Margarita Snegireva. Internet retailer Amazon.com reported that Wii systems were the hottest selling item of 2007, and selling of this console made the year the most profitable for online shop. 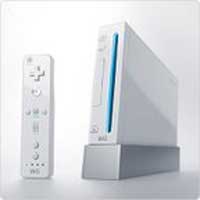 Amazon said it sold about 17 Wiis per second when the product was in stock. Additionally, the retailer noted that along with Wii sales, its best-selling video games, Super Mario Galaxy and Call of Duty 4: Modern Warfare, were top sellers in its entire video games and hardware division.

Amazon.com, Inc. is an American e-commerce company based in Seattle, Washington. It was one of the first major companies to sell goods over the Internet and was one of the iconic stocks of the late 1990s dot-com bubble. After the bubble burst, Amazon faced skepticism about its business model, but it made its first annual profit in 2003.