By Margarita Snegireva. An alleged human smuggler was charged for kidnapping a teenager because he wanted the boy’s mother to pay more for a smuggling job. 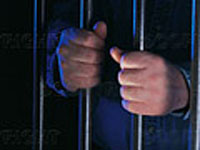 Luis Antonio Gonsalez was found at an Austin apartment after he was taken Monday night from a gas station in Harris County . The boy was not harmed and was returned to his family.

Santos Vasquez, 33, has been arrested on a kidnapping charge and was being held without bond in the Guadalupe County Jail, authorities said.

Fransica Torres, Luis' mother, owed money to Vasquez, a "coyote," for bringing her 20-year-old daughter to the United States from Mexico and he was holding the boy until his mother came up with the money, Sgt. Harry Fikaris said.

Fikaris said investigators from Harris County , Austin and the Texas Rangers used cell phone technology to trace Vasquez to Seguin , where he was arrested.

They were then able to locate Luis in an Austin apartment complex, where they went door-to-door until they found him, Fikaris said.

"He (Luis) told us he wasn't treated badly, but he wasn't allowed to leave," Fikaris said.

Fikaris said he did not know if the family would be charged with any immigration violations.

"That is an issue for the feds," he said.

With her niece serving as a translator, Torres said she was relieved to have her son back.

"She thought maybe he wasn't alive or in the hospital," the niece said. "Or he was dropped off somewhere without clothes or food."

Four other men involved in the case were arrested in Austin and are in the custody of Immigration and Customs Enforcement.