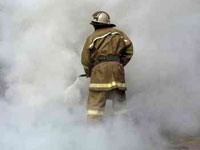 Christmas Eve turned for the restaurant owner in Amsterdam into the day of mourning. Monday evening a dreadful fire engulfed the apartment above a Chinese restaurant in a southern Dutch village.

Unfortunately the owner’s daughters were asleep at that time and didn’t get out. The father and several others tried to save the children, but failed. Besides the fire spread so fast that the upper floor was ablaze before anyone below noticed.

Tuesday morning four young girls were found dead, they were 1, 3, 7 and 8 years old.

It turned out that the fire has been caused by an overheated cable of a ceiling light.

On Tuesday, townspeople remembered the children during church services, lit candles and lay floral wreaths outside the Oriental Paradise restaurant.