By Margarita Snegireva. A second warning was issued in US concerning deaths and dangerous side effects in those who used Johnson & Johnson's Duragesic pain-killing skin patch or generic versions. 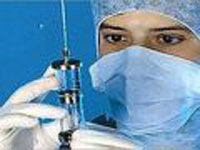 The Food and Drug Administration said it "has continued to receive reports of deaths and life-threatening side effects after doctors have inappropriately prescribed the patch or patients have incorrectly used it."

Reports to the FDA describe deaths and dangerous side effects after doctors prescribed the patch inappropriately to relieve pain after surgery, for headaches or for occasional or mild pain in patients who could have been treated with other opioid painkillers, Reuters reports.

Duragesic is the trade name of a fentanyl transdermal therapeutic system, and is used for moderate to severe pain relief. Since Duragesic releases fentanyl, a potent opioid, slowly through the skin, one patch may provide 72 hours of pain relief.

On Jan 28, 2005, the U.S. Food and Drug Administration approved first-time generic formulations of 25, 50, 75, and 100 µg/hour fentanyl transdermal systems (made by Mylan Technologies, Inc.; brand name Duragesic, made by Alza Corp.) During the period of June 2002–June 2003, Duragesic sales totaled over one billion dollars.

Since Duragesic is highly potent, there are many black box warnings in Duragesic's prescribing information. Additionally, due to the risk of serious adverse drug reactions, it is highly important that the patches be applied correctly and as prescribed.