Marsh & McLennan Cos. Inc. chief executive to step down 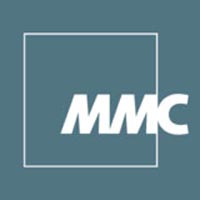 Marsh & McLennan Cos. Inc. chief executive to step down

By Alexandra Steblinina. Marsh & McLennan Cos. Inc. announced Friday it was searching for a new CEO.

Its current chief executive Michael Cherkasky will resign once a successor is found.

Marsh & McLennan Companies, Inc. is a US-based global professional services and insurance brokerage firm. In 2007, it had over 57,000 employees and annual revenues of $12.069 billion.

Marsh & McLennan Companies was ranked the 207th largest corporation in the United States by the 2007 Fortune 500 list, and the 5th largest U.S. company in the Diversified Financials industry.

Michael Cherkasky has served as CEO since October, 04.