Just hours old an African American baby, about 6 pounds and 20 inches long, was left on a bench outside a city hospital. It may seem terrible, but it’s ok in West Virginia. 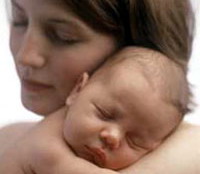 West Virginia – the place of "Safe Haven" law. This law is the popular name for United States ' laws that decriminalize leaving unharmed infants with statutorily designated private persons so that the child becomes a ward of the state. "Safe Haven" laws typically let parents stay nameless to the court.

Some States treat safe haven surrenders as child dependency or abandonment, with a complaint being filed for such in juvenile court. The parent either defaults or answers the complaint. Other States treat safe haven surrenders as adoption surrenders, hence a waiver of parental rights (see parental responsibility). The law was passed in 2000 after a string of high-profile killings of unwanted babies.

It is one of the most ordinary cases, and it won’t raise such a mess, if the Charleston Police Department hadn’t concern about the health of the child's mother.

The woman was found and an investigation showed that she gave birth to the little boy.

"Under normal conditions law enforcement would not have been involved but because of the 'mystery' of the situation we had to make an effort to insure the well-being of the child's mother," said the police. "As the mother of the baby is well, we will close out our investigation into this matter."

The fate of the baby can be decided doubly now. Either the Department of Health and Human Resources will try to locate relatives of the child and work with them to find a caregiver. Or the child will be put in a foster home.