The murder of former Andover resident Richard O'Brien on either Oct. 21 or 22, 1983 has raised interest again. New York state police reopened the investigation, starting with visits to Connecticut and the lake search. 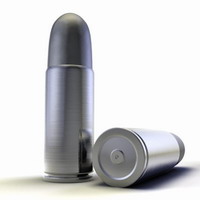 As was written earlier O'Brien had been shot four times in the back of the head with a special two-shot Ruger pistol that used 22 caliber bullets.

O'Brien's roommates on Lakeview Drive on Andover Lake are under suspicion, especially when the police found out that Fowich and Childress used to shoot bullets into the lake for fun and police were hoping to recover one 24 years later.

Though police spent 3 days at the lake, they rejected to give any comment on what if anything they recovered in their search.