By Margarita Snegireva. A woman sued a Roman Catholic eparchy over being sexually abused by a former catholic priest who was defrocked and deported to Ireland for molesting church people. 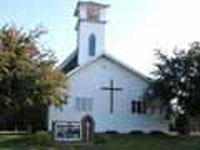 A 43-year-old woman who preferred to remain unnamed said Oliver O'Grady abused her when she was a child attending a parish in northern California .

O'Grady has admitted to abusing at least 25 children and has cost the diocese millions of dollars in settlements of civil sexual-abuse lawsuits.

A lawyer for the Stockton diocese says three additional suits are pending against the diocese.

O'Grady was deported to his native Ireland in 2001 after serving seven years in California 's Mule Creek State Prison for molesting two brothers. A documentary featuring O'Grady, "Deliver Us From Evil," was nominated for a 2007 Academy Award.

According to an article published Dec. 9 in Ireland 's Sunday Tribune, however, the former pedophile priest appears to have gone missing.

Attorneys representing two victims who filed civil suits in Ireland claiming O'Grady abused them even before he moved to California cannot locate him to serve him with court papers, according to the article.

O'Grady has moved twice since 2001 and is not listed on that country's sex offenders register, according to the Tribune.