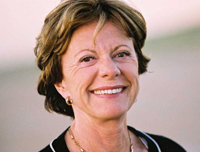 Mastercard was ordered to drop cross-border card fees that push up costs for shops within six months or face huge daily fines in EU.

Besides, the EU Competition Commissioner Neelie Kroes warned to reopen an investigation into into Visa's fees when a five-year antitrust expires on Dec. 31.

Regulators threatened to impose daily fines of 3.5 percent of MasterCard's daily global turnover if it did not scrap the fines within six months. They said the fees could only escape antitrust concern if they contributed to "technical and economic progress" and benefited customers.

"Consumers foot the bill, as they risk paying twice for payment cards: once through annual fees to their bank and a second time through inflated retail prices paid not only by card users but also by customers paying cash," Kroes said.

Europeans make more than 23 billion card payments every year worth over EUR1.35 trillion (US$1.94 trillion). However they face extra costs using their cards in another European nation, something EU officials say hold back efforts to create a single market out of the EU's 27 states.

Some 45 percent of European payment cards carry a MasterCard or a Maestro logo.

MasterCard's crossborder interchange fees, introduced in 1992, range from 0.4 percent and 1.2 percent of a transaction. The money is kept by the customer's bank and charged to the retailers' bank - which then pass on some of that cost to shops.

The same fees are also charged to credit card payments some people make in their own country if they live in Belgium, Ireland, Italy, the Czech Republic, Latvia, Luxembourg, Malta and Greece.

The EU said lower charges should cut retail charges - something several large European chains say they would do if the card charges disappear. Retailers' agreements with MasterCard forbid them from explaining how much the charges add to prices. But a group of them banded together to make the initial complaint against MasterCard in 1997.

The EU executive said card networks - which are run by groups of banks - could only charge such fees if they could prove that they had some greater benefit for consumers or for the economy. MasterCard had failed to prove that its fees were justified, it said.

The warning should also apply to Visa, Kroes said.

"We will reinvestigate Visa after Dec. 31, they are well aware of what our policy is," she said. "I sincerely hope and trust the MasterCard decision will provide guidance for the way ahead."