Illinois to be firts site for nature-friendly coal power plant

A coal power plant that won't emit global warming gases will be built in Illinois. 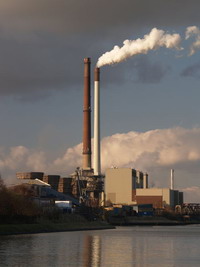 Illinois to be firts site for nature-friendly coal power plant

Known as FutureGen, the $1.8 billion (1.25 billion EUR) facility near Mattoon, in southern Illinois, is expected to bring hundreds of jobs, but Congress has placed the private-government research project under increasing scrutiny because of cost and long delays.

The price tag is nearly double the $950 million (659 million EUR) originally projected, with three-fourths of the cost coming from taxpayers.

The industry group selected Mattoon over another Illinois site at Tuscola, and two locations in Texas - Odessa and Jewett - all of which had received favorable environmental reviews last month.

Michael Mudd, president of the FutureGen Alliance, said at a news conference the decision was not based on politics but on science and the technical benefits shown by the Mattoon location.

"Downstate Illinois has the coal, the geology and the commitment needed to make this project a success," said Sen. Richard Durbin, who had lobbied the Energy Department and the industry alliance on the issue.

The FutureGen Alliance, a consortium of 12 U.S. and foreign energy companies, hoped to have the facility, first proposed eight years ago, completed and operating by 2012.

It is supposed to be virtually pollution-free and produce electricity and hydrogen. Its carbon dioxide, a leading greenhouse gas, is to be captured and buried.

The plant is expected to require at least 700 workers during construction and will employ several hundred people when operating, according to the industry group.

President George W. Bush has touted FutureGen as a key to developing carbon-free coal-burning power plants and essential for the emergence later this century of a hydrogen-based energy economy.

A Chinese utility is among the alliance members. A year ago, Energy Secretary Samuel Bodman, during a trip to Asia, hailed China's decision to participate in a government steering committee.

Congress is giving the program $75 million (52.03 million EUR) this year, $33 million (23 million EUR) less than the administration had wanted. Committees overseeing Energy Department spending expressed concern that FutureGen was siphoning money away from other clean-coal programs.

Environmental groups will closely watch the plant. For now, the Sierra Club welcomes the testing of the technology, said Bruce Nilles of the group's Midwest Clean Energy Campaign. For the coal industry, besieged by questions about its role in global warming, "this is sort of their last stand. This is it," Nilles said.

"We welcome an honest discussion about is it technically and financial feasible for coal to be burned in a responsible manner," he said. "Obviously, this is being heralded as, does coal have a future? And this is a very important research project."