U.S. Supreme Court was applied to for hearing the case of a teen sentenced to 30 years in prison for killing his grandparents when he was 12. 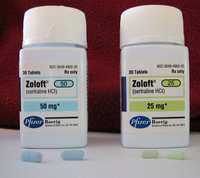 Christopher Pittman shot his grandparents Joe and Joy Pittman with a shotgun in 2001, then set fire to their home. During his trial four years later, Pittman's attorneys unsuccessfully argued the slayings were influenced by the antidepressant Zoloft - a charge the drug's maker vigorously denied.

In the brief submitted to the high court late Monday, attorneys from the University of Texas School of Law argued that the 30-year sentence violates Christopher Pittman's constitutional protection from cruel and unusual punishment.

Such a lengthy sentence is "unconstitutionally disproportionate as applied to a 12-year-old child," according a copy of the petition provided by the Juvenile Justice Foundation. It said Pittman "is the nation's only inmate serving such a harsh sentence for an offense committed at such a young age."

Twenty-five states and the District of Columbia set the minimum age at which a juvenile may be tried as an adult above 12. Pittman's attorneys argue that in half of the U.S.'s states, the boy could not have been tried as an adult and could never have been sentenced to 30 years in prison.

Each year in the U.S. about 200,000 defendants under 18 are sent to the adult system, according to the National Center for Juvenile Justice. Most end up there because of state laws that automatically define them as adults, due to their age or offense. Those numbers escalated in the 1990s as juvenile crime soared and legislators responded, with 48 states making it easier to transfer children into criminal court, according to the center.

Zoloft is the most widely prescribed antidepressant in the United States, with 32.7 million prescriptions written in 2003. In 2004, the Food and Drug Administration ordered Zoloft and other antidepressants to carry "black box" warnings - the government's strongest warning short of a ban - about an increased risk of suicidal behavior in children.