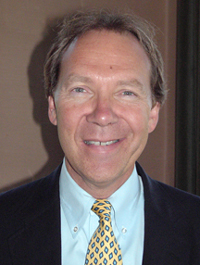 Dan Hesse - who has led Overland Park based Embarq since Sprint spun it off as a separate company a year and a half ago - was named a new chief executive officer of Sprint Nextel Corp. on Tuesday.

Hesse is to replace Gary Forsee, who was ousted from the U.S.'s third-largest wireless provider in October following several quarters of falling subscriber numbers and other operational troubles, the AP reports.

James H. Hance, the company's non-executive chairman, said "Sprint Nextel is a company with a strong set of assets, but clearly we must improve execution across the board. Dan's mandate is to hone our strategy, improve our ability to serve our customers and execute in the marketplace."

Between 1997 and 2000, Hesse served as the president and CEO of AT&T Wireless Services, which was then the U.S.'s largest wireless operator.

Hesse will have a full plate waiting for him at Reston, Virginia-based Sprint, which has fallen far behind rivals Verizon Wireless and AT&T in attracting and retaining customers. He will also have to decide whether to continue a planned commercial rollout next year of the company's Xohm-branded WiMax service, a brainchild of Forsee's that has been viewed by some critics as too expensive and several years away from making money.