A man who is accused of raping 9-year-old girl in Canada nearly 30 years ago will be extradited to this country by federal judge’s order. 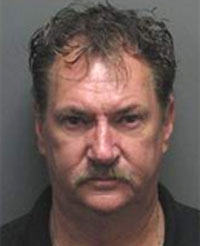 After a brief hearing, U.S. Magistrate Robert A. McQuaid Jr. determined there was enough evidence to extradite Wilbur James Ventling for the 1979 attack in Vernon , British Columbia, the AP reports.

The judge rejected arguments by Ventling's federal public defender, Mike Powell, who argued DNA evidence was incomplete and therefore unreliable. Powell also noted that four fingerprint experts were divided on whether a bloody print left on a napkin at the scene belonged to Ventling.

Ventling, 63, was arrested in October at his Carson City home after Canadian authorities reviewed the 28-year-old case and submitted evidence and DNA collected at the scene for international DNA comparisons.

That led them to Ventling, who served a lengthy prison sentence in Nevada for other sex crimes committed in 1979, documents show. When he was released from prison, Ventling registered as a sex offender and was required to submit a DNA sample to state authorities.

Canadian authorities have accused Ventling of rape and causing bodily harm with intent to wound. He faces up to life in prison if convicted.

Authorities allege Ventling lured the child from a community recreation center on May 27, 1979 , on the pretext of looking for his lost Siamese kitten. He allegedly offered her $10 to help him find the animal and then $20 more if she would search an area filled with caves and large trees.

The girl told investigators her attacker placed his hand over her mouth, then wrapped her sweater over her head and threatened to smother her if she made any noise.

Afterward, she said he wiped her off with napkins from a fast-food restaurant and told her he would see her again at the community center and pay her, court documents show.

The girl ran to a nearby house, where a woman called authorities.

The girl was taken to a hospital, where she underwent emergency surgery to repair a torn artery and other wounds, court records show. Doctors said she lost more than a liter of blood.

Ventling, who was living under the name John James Stewart, became a suspect because he already had been identified as a suspect in nine other child rapes that had occurred in Calgary , court documents said.

In those cases, authorities said the suspect used similar methods to lure his victims to secluded areas.

Ventling was arrested for the Calgary crimes that fall. He was sent to a psychiatric hospital in Alberta for a mental evaluation Sept. 17, 1979, but escaped the next day and fled to the United States, the documents said.