Icelandic tourist held in shackles before being deported from America

Iceland's government tried to find out why an Icelandic tourist was held in shackles before being deported from the United States. 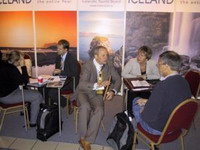 Icelandic tourist held in shackles before being deported from America

The woman, Erla Osk Arnardottir Lillendahl, 33, was arrested Sunday when she arrived at JFK airport in New York because she had overstayed a U.S. visa more than 10 years earlier.

Lillendahl, 33, had planned to shop and sightsee with friends, but endured instead what she has claimed was the most humiliating experience of her life.

She contended she was interrogated at JFK airport for two days, during which she was not allowed to call relatives. She said she was denied food and drink for part of the time, and was photographed and fingerprinted.

On Monday, Lillendahl claimed, her hands and feet were chained and she was moved to a prison in New Jersey, where she was kept in a cell, interrogated further and denied access to a phone.

She was deported Tuesday, she told reporters and wrote on her Internet blog.

"In a case such as this, there can be no reason to use shackles" Gisladottir said. "If a government makes a mistake, I think it is reasonable for it to apologize, like anyone else."

Van Voorst has contacted the officials at JFK airport and asked them to provide a report on Lillendahl's case, Gisladottir said.