Marie Antoinette's pearls to be sold by auction in London

After being imprisoned Marie Antoinette purportedly gave her pearls to a British countess for safekeeping. Now these pearls are due to go for auction in London. 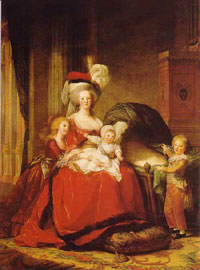 Marie Antoinette's pearls to be sold by auction in London

The jewels were given to Elizabeth Leveson-Gower - the wife of the British ambassador to France and the Countess of Sutherland - and were intended to help Marie Antoinette if she managed to flee the country, Christie's said.

However the former queen never saw the pearls again and was executed by the guillotine in 1793.

The pearls were made into a necklace when Lady Elizabeth's grandson married in 1849. The pearls have remained in the Leveson-Gower family for more than 200 years.