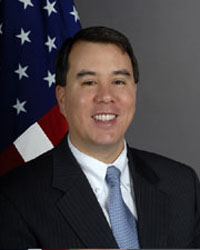 The U.S. will build a missile defense system in Europe though there is no active nuclear arms program in Iran .

Since U.S. officials have said the threat from Iran was the main reason for building the defense shield, however, the Americans may have a harder time persuading European allies that it still is necessary.

Already, a Czech official responsible for explaining the need for the missile defense system to the public in his country says his job has become more difficult after the U.S. National Intelligence Estimate on Iran was released Monday. The report, reflecting analyses of all 16 U.S. intelligence agencies, concluded that Iran suspended its attempt to build a nuclear weapon four years ago.

"Czech newspapers are full of headlines saying there is no longer a need for missile defense," said Tomas Klvana, the Czech government's coordinator for missile defense communication, who is in Washington for talks with administration officials and lawmakers. "It is hard for complex arguments to win against simple headlines."

The proposed system would include radar installations in the Czech Republic and interceptors based in Poland.

Klvana says that the potential threat from ballistic missiles aimed at Europe remains whether Iran is pursuing nuclear weapons or not.

That view is shared by the Bush administration.

"The missile threat from Iran continues to progress and to cause us to be very concerned," said U.S. Undersecretary of State John Rood, lead U.S. negotiator on European missile defense issues. "Missile defense would be useful regardless of what kind of payload, whether that be conventional, chemical, biological or nuclear."

Rood said the United States still hopes to have the system online by 2013.

The United States has said that those sites were chosen to position the system to counter a threat from Iran, but Russia has objected strenuously to the plans, arguing that the system could undermine the deterrence of its nuclear arsenal. The disagreement has led to the worst friction in U.S.-Russian relations since the Cold War.

On Tuesday, Rood reiterated the U.S. position on the threat from Iran in talks with one of the most vocal critics of the U.S. plans, Russian Army Chief of Staff Gen. Yuri Baluyevsky. Baluyevsky is in Washington at the invitation of his U.S. counterpart, the chairman of the Joint Chiefs of Staff, Adm. Mike Mullen.

Rood has pointed to Iran's announcement this month that it has manufactured new missiles with a range of 2,000 kilometers (1,200 miles). That distance would put parts of southeastern Europe in targeting range. U.S. officials have said they recently provided Russia with intelligence on the developments in Iran's missile program.

Democratic Rep. Ellen Tauscher, who a heads a congressional panel that has steered money bills for U.S. missile defense programs, also says that the National Intelligence Estimate will not affect funding considerations for the project.

"The NIE does not play into our consideration," she said. "Nothing has changed."

Tauscher successfully pushed to withhold financing for construction of the site in Poland in a bill passed last month that provided most of the money requested by the Bush administration for the overall program. She says she would consider seeking to restore it in future legislation if the interceptor system were tested properly and if the administration won approval for the plans from the Polish and Czech governments.

That effort now seems more complicated by a perception in those countries that the administration has oversold the threat from Iran.

"The United States has been adamant in not tying missile defense plans in Europe to a threat from Russia," says Julianne Smith, director of the Center for Strategic and International Studies' Europe program. "If you knock down the threat from Iran, it complicates the communications strategy."