Weather forecasters say a strengthening tropical cyclone that will rage in northern Fuji in two days is expected to flood houses. 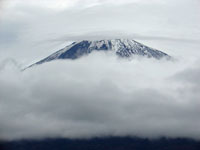 That will mean considerable damage to local houses, trees and gardens and flooding from the first cyclone of the season in southwest Pacific region, he said.

Damaging winds up to 100 kilometers (60 miles) an hour and heavy rain were expected over the outlying island of Rotuma from Thursday night until late Friday, he said.

Northern outer island groups, the Yasawas and Mamanucas, and western and northern parts of Fiji 's main islands were expected to feel the direct effect of the cyclone later Friday, he added.

Cyclones - called typhoons in much of Asia and hurricanes in the Western hemisphere - are large-scale rotating storms that generate high winds and typically form at sea before moving inland.

The tropical storms are common in the South Pacific from November to April and range from category 1 to category 5. The most powerful can pack sustained winds of 210 kilometers (132 miles) an hour.