US not to give up new sanctions against Iran 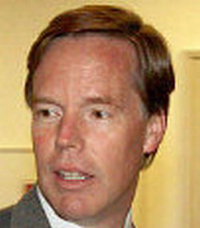 US not to give up new sanctions against Iran

Despite all new data showing that Iran had dropped its nuclear programs years ago, the U.S. will continue pressing China, Russia and its European allies for a new U.N. Security Council resolution threatening sanctions against Iran, an American official said Wednesday.

"There is still an enrichment and reprocessing program which is overt," U.S. Undersecretary of State Nicholas Burns told reporters during a visit to Australia. "They still have a ballistic missile development program which the Iranians talk about and boast about."

Officials of U.S. President George W. Bush's administration have been forced to defend its strategy on Iran following a new U.S. intelligence assessment that Tehran halted its nuclear weapons program in 2003 - a turnaround on past U.S. conclusions.

Secretary of State Condoleezza Rice has been telephoning foreign ministers of U.S. allies such as Germany, Britain and France, as well as their counterparts in China and Russia, which have blocked a recent U.S. push to punish Iran with new sanctions.

"Our view is that there's every reason for all of us to continue with the efforts in the U.N. Security Council to continue to offer on the one hand negotiations," he told a group of reporters. "And if Iran cannot support that ... then we believe they should be subjected to a continued sanctions regime."

"And it's important that Iran knows that it cannot just continue these activities of trying to develop scientific capacity on the enrichment and reprocessing side and expect that the world is going to ignore them or allow Iran to continue unfettered," he said.

Burns met Australian Deputy Prime Minister Julia Gillard and the country's new foreign and defense ministers, becoming the first senior Washington official to meet the new government since it was elected on Nov. 24.