Kosovo delegation should not speak at UN, Belgrade says 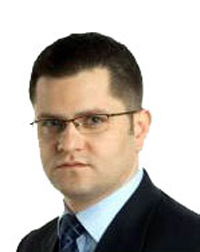 Kosovo delegation should not speak at UN, Belgrade says

Kosovo’s Albanians should not be allowed to speak at the key session of the U.N. Security Council this month, Serbia said Wednesday.

The Dec. 19 meeting will focus on a report by U.S., EU and Russian mediators in two-year talks between Belgrade and Kosovo on resolving the contested province's status. The talks ended last week without an agreement.

The region's majority ethnic Albanians insist on independence from Serbia, while Belgrade refuses to let go, offering high-level autonomy instead. The separatist province has been run by the United Nations and NATO since a 1999 war.

In a letter to the U.N. Security Council presidency, held in December by Italy, Serbia's Ambassador Pavle Jevremovic said that though Kosovo Albanian representatives should be invited to the Dec. 19 meeting, they should not be allowed to speak at the session, according to RTS television. Jevremovic cited current provisions on Kosovo, which formally remains part of Serbia, the TV station said.

He also said Prime Minister Vojislav Kostunica would lead Serbia's delegation to the meeting, according to RTS.

Kosovo Albanians have threatened to declare independence unilaterally following the failure of international talks. The United States and its allies suggested they would back the move.

But, Serbia's ally Russia insisted only the U.N. Security Council can decide on Kosovo's status, and called for more negotiations.

Russia's Foreign Minister Sergey Lavrov said again on Wednesday that talks should continue until a solution is found, but that "regrettably, our Western partners are blocking such movement by saying that Kosovo's independence is unavoidable."

Serbia's Foreign Minister Vuk Jeremic also said before leaving for New York this week that he would try to persuade U.N. Security Council member states that negotiations should resume.