Earlier this year several "narco-corrido" singers were murdered in Mexico. But the latest victims of Mexico’s violence towards musicians sang not about drugs and guns, but about love. Now Mexican entertainment industry is really frightened. 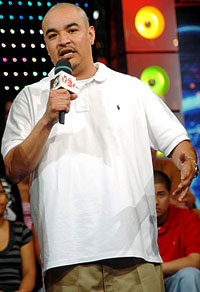 After the brutal slayings of several musicians, including Sergio Gomez, lead singer for the top-selling K-Paz de la Sierra, even mainstream singers are worried they will be inadvertently identified with warring drug gangs.

"What can I say? We are dismayed about this. I mean, we are all in the same boat," said Javier Diaz, representative of Los Tucanes del Norte, a popular group that often poses with assault rifles to promote its songs and violence-filled videos.

None of the recent victims were known for drug ballads, although Gomez had reportedly received death threats urging him not to appear in the capital of the western state of Michoacan, a hotbed of the drug trade where he was tortured and strangled to death on Sunday.

Some fear that singers, whether they have any links to the cartels or not, are routinely "adopted" by drug gangs, who post Internet videos showing them torturing and executing rivals to soundtracks of popular tunes.

"It really has people worried, because you never know if you go to a concert, what will happen, whether somebody might get shot," said Pablo Zuack, press coordinator for Bandamax, a cable TV channel specializing in northern Mexican music. "When you interview a performer, you never know if it's the last story you'll write about him."

Elijah Wald, author of the book "Narcocorrido," said the musicians' fears may be justified.

"They've just kidnapped and murdered a major international star traveling with bodyguards," he said. "That is a very clear message: `We can get anybody."'

Carolina Jaramillo, a publicist who represented Gomez and other acts, said Gomez had no ties to drugs that she knew of and she had no reason to believe he would be a target.

"This year, and last year, we have seen a lot of violence," she said. "We don't know where the next one could come from."

Gomez's manager, who is also named Sergio Gomez, told the Televisa network that the singer had no ties to drug gangs, but had received threats earlier in the day warning him against performing in Morelia , which has been the site of bloody turf battles between Mexico's two main cartels.

"In Morelia he told me: 'I'm not afraid to die - I feel happy because I've gotten where I wanted to go, and we've done so much with this group,"' band member Humberto Duran said at a news conference Tuesday.

Duran added that neitherthe band nor Gomez had dangerous enemies.

"We are musicians, and we've never looked for fights," he said.

The group had canceled an appearance in Morelia last year after similar threats, according to band representative Mario Olvera, and Gomez refused to cancel again.

After the concert, he left with two business associates but was intercepted by 10 Chevrolet Suburbans. His body turned up on a rural roadside with signs of strangulation and severe bruising on the thorax and abdomen, as well as burns on the legs. The business associates reportedly were released unharmed.

The scene became chaotic as people pushed each other aside to touch the passing casket.

Gomez was to be cremated and his ashes sent to Indiana , where his closest relatives live, according to local news media.

Another singer, Zayda Pena, was executed with similar brutality on Saturday. Pena was shot in the neck on Friday at a motel in the border city of Matamoros , across from Brownsville, Texas . The following day, she was fatally shot in the hospital where she was recovering from surgery.

Again, it was a tactic reminiscent less of the music scene and more of the drug world, in which gangs have been known to storm hospitals to rescue wounded comrades or finish off injured rivals. But like Gomez, Pena had no known drug associations.

While Gomez was famous for his up-tempo "Pasito Duranguense" rhythm and Pena wrote more in the ballad-like "grupero" style, both essentially sang songs whose themes went little beyond love. The most famous song of Gomez, who started the group as an immigrant in Chicago , includes the lines:

"Don't ask me why

I've been so good to you

I just know that you're my religion,

And I don't care if they call that fanaticism."

The earlier slayings involved musicians who sang about the criminal underworld. Valentin Elizalde, who was killed last year after performing across the border from McAllen , Texas , became popular with "To My Enemies," a song frequently seen as a drug lord's anthem.

Many musicians are now worried that becoming associated with a drug gang may be as easy as waiting for someone to use their song as the soundtrack to a homemade video.

"More than anything else, the point is that musicians make music, they don't belong to any group," said Diaz, the representatives of Los Tucanes. "Nobody has the right to take anybody else's life."