New road tax scheme to be implemented in Netherlands 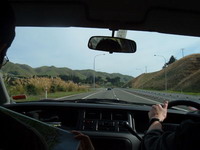 New road tax scheme to be implemented in Netherlands

Tests for the new scheme, which aims to cut congestion on the country's clogged roads by making it more expensive to drive in and around major cities during the rush hour, will begin next year and take about three years.

"We want to start with trucks in 2011 and with cars a year later," Transport Minister Camiel Eurlings told reporters in The Hague. The system should have nationwide coverage by 2016.

"The great thing about this decision is that the average driver is not going to pay any more," Eurlings added.

"The standard road tax disappears and will be replaced by a tax per kilometer. That means if you drive a lot you pay more and if you drive less and outside the rush hours then very quickly you'll pay less."

The government has to pass legislation clearing the way for the new way of taxing motorists.