Roger B. Smith, former CEO of General Motors, dies at 82 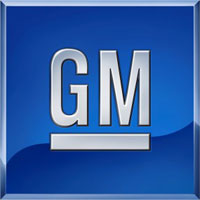 Roger B. Smith, former CEO of General Motors, dies at 82

He was appointed chairman and chief executive on Jan. 1, 1981, and led the world's largest automaker until his retirement on July 31, 1990.

"Roger Smith led GM during a period of tremendous innovation in the industry," current GM Chairman and CEO Rick Wagoner said in a statement. "He was a leader who knew that we have to accept change, understand change, and learn to make it work for us."

"Roger was truly a pioneer in the fast-moving global industry that we now take for granted," Wagoner said.

Smith also served GM as an executive vice president and a member of the board of directors beginning in 1974.

Oscar-winning documentary maker Moore became famous with "Roger & Me," which explored how GM's plant closings and layoffs affected his hometown of Flint, Michigan.