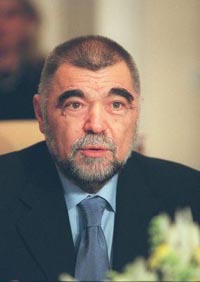 Croatia's opposition Social Democrats try to find allies to form a new government with them and decided to change its candidate for prime minister Friday and go with the party's leader.

The center-left Social Democrats, or SDP, came in second and the party insists it can also muster enough support from smaller parties to form a government. The SDP and HDZ have been engaged in postelection dealmaking and the makeup of the future government might not be known for at least two weeks.

President Stipe Mesic said he would give a mandate to the party that proves it has support of the majority in the chamber.

Initially, the SDP named the party's economics expert, Ljubo Jurcic, as candidate for prime minister during campaigning before the election. But party officials have now decided to go with their leader, Zoran Milanovic.

Jurcic is a respected economist, but was seen by many - including potential SDP allies - as an ill-suited choice for a premier.

Milanovic claimed the change was not made under the pressure from allies - even though he had dismissed such an idea earlier this week.

"Our wish is ... for our government to be politically strong, and a condition for it is that the leaders of parties that make it sit in it," Milanovic told reporters.

"I am taking responsibility" for forming a new government, he said.

Both parties are expected to push Croatia's bid to join the European Union and NATO.