Kurds based in Turkey have fled from Iraq 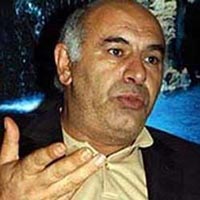 Kurds based in Turkey have fled from Iraq

Kurdish rebels who had been fighting for autonomy in northern Iraq have returned to their homeland in two weeks and Iranian separatists have taken their place, according to words of the brother of the rebel group's jailed leader.

A spokesman for the Kurdish government in the self-ruled region could not confirm Osman Ocalan's claim that the members of the Kurdistan Workers' Party, known by its Kurdish acronym PKK, had withdrawn, but said Thursday the government would not accept "any armed struggle to be launched from our territories against any neighboring country."

Ocalan, the younger brother of the jailed PKK founder Abdullah Ocalan, told The Associated Press that members of an Iranian-based rebel offshoot have replaced the rebels based in Turkey.

"The PKK fighters have evacuated their posts in Iraq's Qandil mountain chain, and gone to Turkish Kurdistan," he said, adding that the PKK fighters were largely replaced by fighters from the anti-Iran Free Life Iranian Kurdish Party.

Relations between Iraq and Turkey have grown increasingly strained in recent months over a Turkish threat of a cross-border incursion against the rebels. The tension reached a breaking point after an ambush by rebel Kurds left 12 Turkish soldiers dead on Oct. 21.

Turkey massed tens of thousands of soldiers on the border and shelled the frontier region, hitting deserted villages in some cases. On Nov. 4, rebels freed eight soldiers captured in the raid and the situation has eased somewhat, but Turkey continues to call on Iraq and the United States to move decisively against rebel bases in northern Iraq.

The United States and Iraq have pressured Turkey to avoid a large-scale attack on rebel bases in northern Iraq, fearing such an operation would destabilize what has been the calmest region in the country. And there have been signs that popular support for the PKK rebels among Iraqi Kurds is weakening, threatening supply lines and hideouts.

The village of Koi-Sanjaq, 60 kilometers (40 miles) west of the Iranian border, lies beyond a Kurdish government checkpoint, and forces there refuse to allow journalists and supplies to pass.

"We cannot even bring in a sack of rice; true, there are fighters in our region, but they are far from our villages," one villager complained. "They are the reason we live in terror."

The 60-year-old man, who spoke on condition of anonymity because he feared retribution, said the Iranians shelled the area and the villages now fear a Turkish air attack.

"We cannot sleep because of the frequent roaring of airplanes overhead and all along the Qandil mountains," he said. "We are in the pincer of the hammer and the anvil."

Osman Ocalan, however, insisted the PKK still has the support of ordinary Kurds in northern Iraq and said the rebels were leaving "to ease the burden" on the Kurdish regional government, which has been pressed on all sides - by its U.S. supporters, Iraq's central government and Turkey - to move against the separatists.

Jabar Yawar, a spokesman for Kurdistan's Peshmerga Regional Defense Forces and a former guerrilla fighter himself, said the government could not say whether the PKK had left because they were "not a licensed party."

"But for us, as a government, we do not accept any armed struggle to be launched from our territories against any neighboring country," he said.

Abdullah Ocalan is serving a life term on a prison island near Istanbul, Turkey. Osman Ocalan, 49, himself a former PKK leader, said he left the rebel group in 2003 has joined "comrades who have a democratic platform and believe in peaceful democratic settlement of the Kurdish issue."

"For 20 years I was part of the struggle; but because of ideological differences, I pulled out of it. Now I am with armed fighters who defend themselves, but am against the PKK," he said in an interview at a restaurant in Koi-Sanjaq. He said his group included PKK "political" veterans.

A Turkish government official and high-ranking retired military officer said in early November that intelligence information indicated the guerrillas were evacuating their camps and melting away into cities and other regions.

The PKK and its affiliates are spread through a region of some 35 million Kurds that straddles Turkey, Iraq, Iran and Syria. PEJAK, the newest group based in Iran, claims to number thousands of recruits, and targets only Iran - a mission which has made PEJAK the subject of intense speculation that it is being used to undermine Iranian President Mahmoud Ahmadinejad.

He said Kurds from around the world donate about $60 million (EUR40 million) to the PKK, which also receives about $5 million (EUR3 million) annually in "customs taxes" the rebels impose in areas under their control in the border region that encompasses Iraq, Turkey and Iran.

Though he has left the PKK, Osman Ocalan said he knew about the withdrawal and the PKK's financial resources through his yearslong experience with the group. He claimed the PKK has nearly 7,000 fighters: 3,000 in Turkey, 2,000 in Iran under the offshoot Party for a Free Life in Kurdistan, or PEJAK, and 1,700 in Iraqi Kurdistan.

Ocalan said some PKK members may have deserted to join the anti-Iran group, but according to a statement from PEJAK, the Turkish group's military headquarters are now occupied by its own fighters.

Kurds are a major ethnic group straddling four countries - Turkey, Iran, Iraq and Syria - totaling about 20 million people. Most live in Turkey, primarily in the southeast, where the PKK has been fighting for autonomy since 1984 in a conflict that has killed nearly 40,000 people.