Shanghai tycoon to spend 16 years in prison for financial crimes

One of China’s richest men, a Shanghai tycoon Zhou Zhengyi was charged with bribery, tax receipt forgery and embezzlement and put in prison for 16 years. 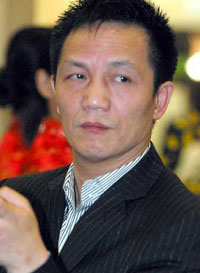 Shanghai tycoon to spend 16 years in prison for financial crimes

Zhou Zhengyi was arrested in October 2006 amid a probe of government misconduct that brought down the Shanghai Communist Party secretary and other city leaders. Zhou, 45, earlier served a three-year prison term for fraud and stock manipulation.

Zhou's trial was held a little over a month ago.

Calls to the Shanghai No. 2 Intermediate Court were not answered. Zhou's lawyer, Ma Shuning, had switched off his mobile phone and could not immediately be reached for comment.

Earlier, Ma had refused to speculate on the likely outcome of the trial.

"What can we expect? Let's see what the court will say," Ma said in a phone interview.

It was unclear if Zhou would appeal.

Zhou, also known as Chau Ching-ngai, started out as a noodle vendor but eventually amassed a fortune estimated by Forbes magazine in 2002 at US$320 million. He is believed to have since lost much of his wealth.

Zhou's wife, Mo Yuk-ping, was convicted in Hong Kong in 2005 of conspiracy to defraud and perversion of justice for manipulating shares in her husband's company.

Four of Zhou's former jailers were sentenced to prison for taking bribes from the tycoon in exchange for giving him access to a phone, extra visits from friends and family, and other special treatment during his earlier incarceration. The former director of the prison received 11 years and the other three got two years each.

Zhou's re-arrest came as investigators were wrapping up the wider investigation into alleged bribery and other abuses connected to the misuse of city pension funds.

Among those whose cases have not yet been tried is the former Shanghai Communist Party boss, Chen Liangyu, who was the highest-ranking party member to fall in a decade.

City officials have refused to disclose much information about the politically sensitive cases.