After nine years of flight, the "dinnertime bandit" was accused of a string of expensive jewelry thefts from affluent homes in this wealthy suburb and could face similar charges around the Northeastern United States. 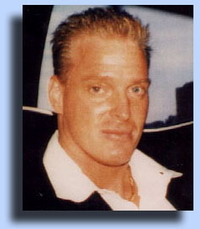 Alan W. Golder, 52, did not enter a plea and was ordered held on a $3 million (2 million EUR) bond. Prosecutors say Golder had been living in Belgium and Paris and has had seven aliases.

Authorities have said Golder is also a suspect in 50 burglaries in New York, New Jersey and Pennsylvania, totaling about $5 million (3.38 million EUR) in stolen jewelry.

Golder was extradited from Belgium on Wednesday. Greenwich police charged him with nearly 40 felony counts, including burglary, larceny, robbery and kidnapping, in the break-ins that occurred in the 1990s.

Authorities estimate nearly $1 million (680,000 EUR) in goods were taken in the Greenwich thefts.

The homes were broken into mostly at sundown or early evening when many residents were home. Authorities say most of the break-ins occurred through second-story windows and once in the suspect targeted bedrooms, moving about quietly and leaving little trace of anyone being there.

In the 1997 burglary of a waterfront home in Greenwich, for example, police allege that Golder used a neighbor's ladder to climb to the second-floor window, enter a bedroom and make off with expensive Rolex and Movado watches.

The Greenwich burglaries occurred while Golder was out on parole for the 1978 murder of Long Island, New York, real estate developer Lawrence Lever. Lever was fatally shot by an accomplice of Golder during a break-in at his home. Golder served 15 years in prison and was paroled in June 1996. The Greenwich burglaries began three months later.

Golder was last living in Queens, New York. When he fled his home, he left behind a copy of a story proposal about his life titled ""Precious Metal: Confessions of a Rock 'n' Roll Jewel Thief." It dealt with his life before he went to prison. Police have said they did not know how much of the story was true and that it did not contain any information that helped in the current investigation.

Golder was arrested in Belgium on Dec. 14, 2006, and his identity was confirmed through fingerprints, authorities said.

Segments on Golder were broadcast repeatedly on television's "America's Most Wanted" and "Unsolved Mysteries" after his disappearance.