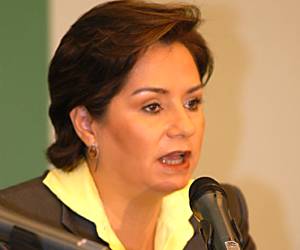 An agreement restricting Chinese imports to Mexico is due to expire on Dec. 12, and conservative Mexican President Felipe Calderon must decide which quotas and tariffs he wishes to retain and present his reasons to the World Trade Organization.

However, Espinosa indicated Mexico hopes to reach an agreement before bringing its case before the global trade rule-setting body.

"We believe we can resolve this through negotiations," Espinosa told reporters at a news conference at the end of a visit to Beijing.

The Mexican barriers also restrict other Chinese goods such as chemicals to footwear, shielding local producers from the Chinese export juggernaut that has nevertheless taken a growing share of Mexico's domestic market.

Already, Chinese exports to Mexico are growing by double-digit percentages each year, while simultaneously replacing Mexican-produced goods in the United States and elsewhere.

Espinosa also said new flights between China and Mexico would begin in March or April and are expected to bring a major boost in numbers of tourists arriving from China.