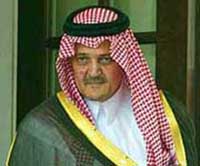 Saudi Arabia’s Foreign minister will attend Annapolis Mideast peace conference, but will not allow "theatrics" like handshakes with Israeli officials, he said Friday, stressing that the gathering must make serious progress.

Participation by Saudi Foreign Minister Saud al-Faisal was a key goal of the United States to show strong Arab support for the conference, due to be held in Annapolis, Maryland. Until Friday, the kingdom had balked at saying whether it would attend and at what level, seeking assurances Israel would commit to serious peace negotiations with the Palestinians.

Still unclear, however, was whether Syria would send its foreign minister. Syria has insisted Annapolis must address its demands for the return of the Israeli-held Golan Heights.

Al-Faisal told a press conference that an Arab League meeting Friday had decided that Arab countries will attend Annapolis at the level of foreign minister.

"I'm not hiding any secret about the Saudi position. We were reluctant until today. And if not for the Arab consensus we felt today, we would not have decided to go," al-Faisal said. "But the kingdom would never stand against an Arab consensus, as long as the Arab position has agreed on attending, the kingdom will walk along with its brothers in one line."

But he cautioned, "We are not prepared to take part in a theatrical show, in handshakes and meeting that don't express political positions. We are going with seriousness and we work on the same seriousness and credibility."