A BMW, a thermal night vision kit for a Hummer, ivory tusks and two karaoke machines. 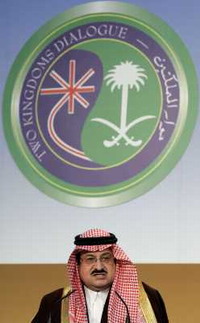 A British court has released details on the expenses of Saudi Ambassador Prince Mohammed bin Nawaf and ordered him to pay 3.1 million pounds (US$6.3 million, 4.3 million EUR) to reimburse a personal assistant who says he bought hundreds of items on the Saudi royal's behalf. The ruling came to light this week following reports in Britain's Guardian and Daily Telegraph newspapers.

The ruling contains a 13-page list of items that Walid El Hage claims he purchased or procured in 2004-2005 while working as a personal assistant to bin Nawaf, who was then serving as the Saudi ambassador to Italy.

The court case was filed in Britain because the prince became the Saudi ambassador to Britain and Ireland in 2006. El Hage also is a British citizen, according to his lawyer, Ian Bloom.

"If you ignore this order your goods may be removed and sold, or other enforcement proceeding may be taken against you," the High Court said in its Oct. 29 ruling.

Bin Nawaf did not respond to El Hage's court claim, but issued a statement Friday saying El Hage's complaint "is a personal matter and not a government matter."

"We are currently in negotiations, and we expect the matter to be settled amicably very shortly," the statement said.

In addition to airline and hotel bills, the court lists dozens of designer watches, including ones by Cartier, Patek Philippe and Jaeger Le Coultres purchased for tens of thousands of pounds.

Under British law, it is up to the court to decide if the ambassador is entitled to diplomatic immunity, the Foreign Office said. But the brief High Court decision did not address that issue.

Ambassador bin Nawaf is a nephew of King Abdullah of Saudi Arabia.